Saint Ciarán was born around 516 A.D. in county Roscommon. He was the son of a carpenter and helped his family by herding cattle. He studied with St. Finian and was ordained a priest on Inismore. He founded and was abbot of the monastery at Clonmacnoise which became one of the main centres of learning and religious life in Ireland. He died at around the age of 33. His feast day is 9 September. 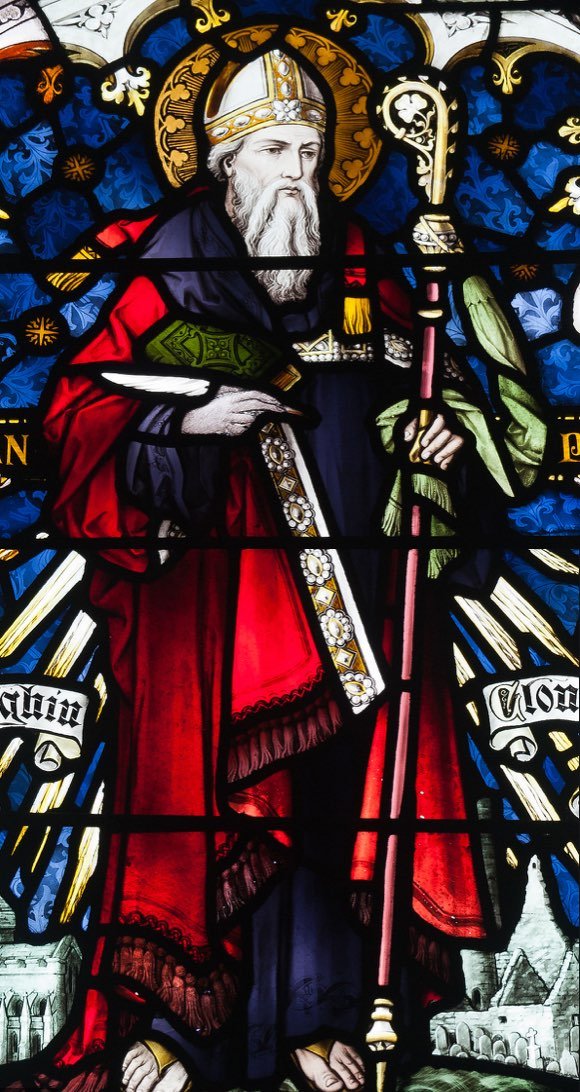 Most parishes evolve from established mother parishes with a mix of age groups and existing houses as a starting base. The evolution of Hartstown was different. In July 1977 a young priest called Liam Hickey received a letter from the Archbishop, appointing him as curate to the long established  Blanchardstown Parish, where he was to take up Parish duties. BUT... his real task was to set up a new parish in a place called Hartstown.

Picture this scene if you will. Hartstown was a place of green fields populated only with cattle at this time. The transition from green fields to living community began in 1977/78, with the building of the first houses in the parish, which we now know as Oakview, followed over time by all the other areas that make up our Parish. Hartstown was constituted as  St. Ciaran’s  Parish on 28th June 1979, when Fr. Hickey was given a description of the parish boundaries and a map of the area. The first houses in the parish were totally new houses, which were occupied by young couples. There were very few young children, teenagers, older adults or grandparents resident in Hartstown. There were no funerals, marriages, First Communions, or morning Mass.  As more young people trickled into the area to live, they had to contend with no buses, no shops, no school, no church and no community centre. The main  access road  was little better than a dirt track. The priest's house at 234A Hartstown ( 1 Oakview Park) was used as the first church and community meeting place. Fr Liam later moved to  Cherryfield Park where he lived until his death in 2018. The need to get  together, help each other and build a community, was facilitated by the transfer of a temporary church from Corduff Parish. The cost of reconstructing this was met by Share. A gift of a roll-up shutter which divided the sanctuary from the nave meant that the temporary church could also be used as a mini community centre. This led to  the establishment of various recreational clubs - ladies club, football clubs, youth club, children's club. It was also a venue for community events - quizzes, poker classics, tea and dance socials. It was a meeting place where many important decisions were made, including planning for the building of our Primary School.

The main instigator of the adoption of  St Ciaran as patron was, of course Fr. Hickey, who was born near the monastic settlement of Clonmacnoise , which Ciaran founded in 547.  If you examine the Parish crest, it shows Ciaran, the monk , working hand in hand with Dermot the rebel chieftain. It is taken from one of the stone panels on the 18th Century Cross of the Scriptures at St. Ciaran’s Monastery, Clonmacnoise.  Though Ciaran and Dermot had very different lifestyles and backgrounds,  they are depicted as stakeholders in one enterprise . What happened in Hartstown was an echo of that. Fr. Liam Hickey and Matt Moran (Parish Chairman) became stakeholders in building a new parish and community, St. Ciaran's, Hartstown. In joining  their vision and desire together to build a new parish and community, they instilled and nurtured the same dreams and visions in the hearts and minds of the parishioners. To turn the vision into reality required a lot of dedication and hard work. Negotiation was necessary with many organisations – Diocese, Department of Education, County Council and landowners. Fundraising was essential.  This had many aspects - Sponsored Walks, Cake Sales, Sales of Work, Raffles, Bingo and Poker Classics.  We entered the Cream of the County competition. There were Lord Mayor elections with whoever raised the most money deemed elected!  Field Days were organised for the whole family with ladies and men’s  soccer matches, matches for children of all ages, rounders matches and as many money making side shows as possible.

In 1980 Sisters of the Infant Jesus were welcomed as they came to live among us. Their convent was located in Hazelwood Crescent. The Primary School opened in September 1981 and Aeneas Lane, our first Principal, welcomed 34 children into the school. The pupil numbers were very low at first but grew rapidly. There was a huge increase in staff. This necessitated many additions and extensions to the school building over the years. The coming on stream of the school also meant  that the community had access to a much bigger hall, which facilitated all sorts of clubs and fundraising and entertainment nights.

A community centre for Hartstown seemed an unrealistic dream.  We were already heavily in debt with ongoing payments  for the loan on the new school, the temporary church and the presbytery. But the indefatigable spirit of Matt Moran whose brainchild a community centre was, made that dream a reality.  His immense generosity of time and talent and a real caring for the people of Hartstown convinced the most sceptical that this was a practical and achievable  proposition.

After much planning and serious fundraising, grants from Co. Council, donations, contributions and a small bank loan the Community Centre was built.   A really unique feature of this building was those who built it. It was built by “The Lads”, a group of prisoners from Mountjoy, who arrived by special bus every day. They worked for communities as part of  a project being pioneered by the Department of Justice at  that time. The Community Centre opened in April 1985.

The need for a permanent church had become obvious with the gradual deterioration of the temporary church. The financial constraints seemed insurmountable. The Diocese could not help  as they were deep in debt. Share could not assist in building the Church. Fr. Liam, Matt Moran and a very determined Parish Committee decided not to let that stand in their way. The people would build the Church. Fundraising began in earnest. The weekly Bingo proved to be a significant contributor to the parish funds. The weekly envelope collection also played a large part. Fundraisers held at Santry Pitch and Putt Club and Donabate Golf Club also added greatly to our fund. Some donations were received from business people who were friends of the parish. The Wolfe Tones took time out from their busy schedule to do a fundraiser for us. A  £100 Members Draw succeeded beyond  all  our wildest dreams and showed a profit of approx. £100,000. A realistic size bank loan was also necessary. So after much planning and on the strength of the above fundraising, the permanent Church was built and was opened in 1987 at a ceremony performed by Archbishop Dermot O’Mahony.

In the early 90’s it was becoming very obvious that we needed a second level school in Hartstown. All the surrounding 2nd level schools who accommodated our children  were reaching saturation point. Huntstown were in the same situation. A Campaign Committee was formed in April 1991 comprising of concerned residents from the two communities and was spearheaded by Sean Sheehan. After much discussion and negotiation with the Department of Education and 3 Ministers for Education later, we finally got approval for a 2nd level school. The Secondary School opened in September 1992 and Tommy Flynn, our first Principal, welcomed 84 children into the school in a prefab building. The permanent structure followed soon afterwards which has evolved into the magnificent building which now stands there. It now caters for approximately 1,200 students, primarily drawn from the communities of Hartstown and Huntstown.

Unfortunately we lost Matt Moran in 1994 – many years before his time. But a number of determined and dedicated people  were ready to pick up the baton ensuring  his legacy prevailed and survived. Fr. Liam remained living among us till his death in 2018, even though he retired in 2007. Fr Tony Heerey came to our Parish for nearly two years, but unfortunately had to leave us, due to bad health. For the following few months we were served by visiting priests. In September 2009, Fr. Joe Coyne came to our parish and he still continues to serve our community well. None of the above could be possible, without the residents who have passed through, passed away or are still resident in Hartstown Parish. Their lives and the lives of their families are entwined and indelibly linked to all the above historical developments within the Parish. 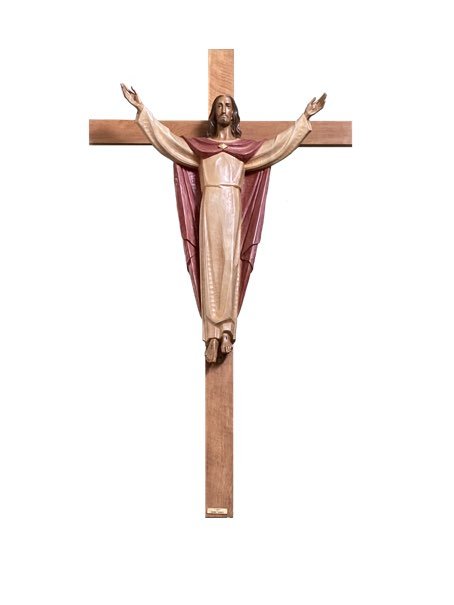